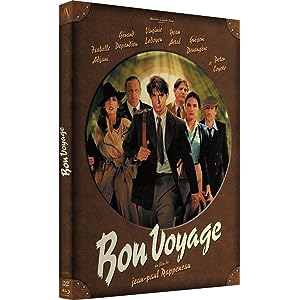 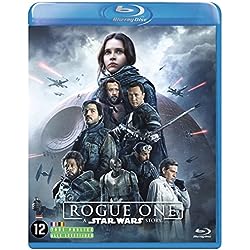 Much of the film, however, is either earthy or Imperial gray or poorly lit...

Much of the film, however, is either earthy or Imperial gray or poorly lit...

...though there's plenty of fine nuance and variation of those shades throughout.

Cela étant écrit, il y a aussi :
"well saturated, yet still mildly cold, greens"
"Colors are pleasant and bold, whether laser blasts, X-Wing engine glows, fireballs, a red lightsaber, or the colorful natural highlights around Scarif"
"This is Blu-ray at its finest"

Et chez les furieux d'AVS :
"Contrast is well balanced and dynamic which energizes colors, empowers whites/grays and engages blacks."
"There were several soft scenes, especially in the first half. But once they disappeared...there was striking clarity, along with amazing details, depth and contrast. I was also impressed with the black levels. During the long battle in the last couple of scenes the shots of star fields were spectacular. Fred had mentioned "faltering black levels." These occurred in the very beginning; they were very brief. From that point on they were deep and inky, including the letter-boxed bars."
http://www.retro-hd.com/
Haut

...nuance and variation of those shades throughout

C'est comme Jane Got a Gun :